The Elf is having a great time in her first month as a high school student. She’s even made a good new friend, and I’m happy about that – really I am. But just last week, at her first Back-to-School Night, I met the New Friend’s parents…

…and that’s when the trouble started.

I can’t stand them. Can’t STAND them. The way they treat their daughter, their opinions about the school, their politics – heck, their taste in clothing. From the moment I met them, it was one of those things, one of those vibes. I knew in an instant that this was not going to go well.

I managed to remain bland and non-committal throughout the conversation. I managed to dodge the invitation for a barbecue and I thank the gods of commuting that our carpool is already full. But here’s the question: how much should I trust the daughter? How much should I encourage (or discourage) this particular friendship? After all, if the parents are this repellent to me, how can they produce a truly healthy child? Shouldn’t I do my best to slowly, slowly ease the Elf away from this particular friend and towards someone more appropriate? More beneficial? Or at least one with parents I don’t want to throttle?

Or is it possible I’m just being a teeny bit selfish?

Don’t do it, “Dad”! Don’t discourage. Don’t ease the Elf away from New Friend. Let it be.

First, as we’ve talked about here before, it’s generally not a good idea to try and tell your kids who to be friends with. It often backfires. If you believed the friend herself was a bad influence, I might condone trying to ”ease away”, but it doesn’t sound like this is the case. On the other hand, you don’t have to encourage the friendship and you certainly shouldn’t subject yourself to her parents’ company, if you don’t want to.

Second, kids aren’t always a reflection of their parents. Sometimes, as parents, this bothers us. But, thinking about it from the perspective of the New Friend, I would have hated for someone to make judgments about me based upon their opinion of my father. There is no way anyone could divine anything about my beliefs and values from my father’s politics or how he dressed or even how he talked to me. 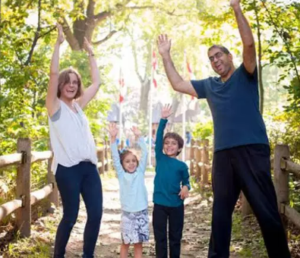 So, my advice is don’t discourage the friendship, but don’t encourage it either. And, try to give New Friend a chance. Maybe the Elf sees something you don’t because you couldn’t see past her parents.

I agree with “Mom” – don’t ween your daughter off this friend. You taught the Elf well, so she should be able to judge if the friend is a good addition to her growing army of teenage girls. Likewise, if this friend turns out to be iffy, she’ll know how to break it off.

Anyway, my parental units don’t know any of my friend’s parents. It’s not hard to avoid the friend’s un-cool parents. And if you really don’t want your daughter to be influenced by the friend’s parents, that’s easy: just get the friend to always hang at your house, and insist on you picking them up and dropping them off. More driving for you, but it might be worth it.

Don’t forget, everyone has messed up parents. And no one deserves to be judged by what their families are like.

Written By
Diane
More from Diane
Graduation is only a few short weeks away and to me that...
Read More