I assure you that it has not been weeks since my last post, it only feels like that, and only if you believe that time is real and measurable, and you don’t believe all that, do you? Alright, alright. So it has been a while, and the previous sentence was silly.

Nothing too exciting has happened in the past few weeks, I’ve just been battling with depression. This is not news, exactly, and let’s not bring down the mood by dwelling on it, because that’s what probably got me there in the first place. That and my brain, I suppose, but I’m not going to fault a bunch of gray matter. One thing I will say is that when I am depressed, ord. in the d. (down in the dumps), I feel drastically less creative than when I am just bummed, or annoyed, which is the typical state under which I operate.

This all makes me wonder about the stereotype of the dark, mentally ill artiste (artiste: “a person with artistic pretensions,” moi, bien entendu), harnessing his/her manic thoughts into a masterpiece. When I am depressed, I mostly stare blankly and say, “I don’t know….” a lot. Where is my creative prize for dealing with myself? I would like it. I would like it here, and I would like it now.

Enough about all that. Last weekend, Vince and I escaped the city on the illustrious L.I.R.R. and took a trip to Long Beach for some beach fun. Somewhere along the way, an old couple sat near us, and as soon as the woman unwrapped a few hard candies, I knew there would be trouble. And there was. Judging by the sounds coming from the mouths of these people, I can only assume that they were eating Warheads, or that neither of them had ever been taught how to eat. Everyone knows that I am not a fan of extraneous, intrusive noise, and food noises are very near the top of my List of Things I Hate. The smacking of lips and gross saliva sounds soon sent me over the edge. I gave Vince a look that he understood, and quickly took out my headphones and started listening to music. 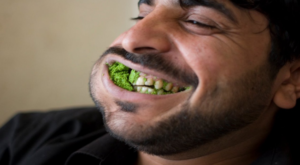 Later, Vince told me that while I was busy practicing escapism, the lady of the couple was talking insane trash on me. He heard her say, “Tattoos and iPods, we’re so outta the loop! People don’t even talk to each other anymore,” etc. I won’t repeat the rest, because I don’t remember it, and also because that old bag doesn’t deserve the press.

It is both good and bad that I didn’t hear her. Good because I don’t find the idea of getting into an argument with an old lady attractive or flattering. The last time I got into a fight with an old lady was at P.S. 1 last summer when my mom was visiting, and not only did I feel stupid (even though I was totally right and she was nothing but a mean ol’ bitch), but I also now refuse to ever go back to P.S. 1, which I’ve heard can be lovely, but actually really sucks.

On the other hand, I regret not having the chance to tell the woman that I am not the hip, totally tatted out, disconnected iPod devotee that she took me for, and that if she and her husband had not been sucking on their candy-like pigs, I would have been fine without listening to the music I was listening to only to drown out their disgusting mouth noises. And, had I said that to this old woman, I would have felt really great for five or so minutes, followed immediately by burning shame. But oh, how good that good would have felt.

The problem is that I am conflicted with the whole “respect your elders” thing. My mom is big on it, and I think it’s generally a very good rule of thumb. If an ancient man is slowly inching up the stairs in front of me, I am not going to say, “Move it, oldie!” no matter how much I might be thinking it. But, there are loads of assholes in the world, and some of them are old…it’s a scientific fact. 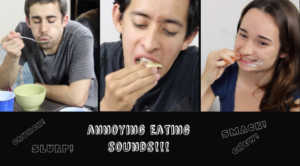 I usually really like old people. They’ve got great stories that they never seem to think are that great or impressive, and that they usually recount in beautiful detail. And a lot of old people are super-funny. Old couples, especially. My own grandparents are an old couple, and they’re great. Then again, they know how to eat food, and they don’t talk shit on me, so those are two huge things they have going for them, in addition to countless others.

Written By
Diane
More from Diane
If you think hamsters are boring, think again. Your hamster can actually...
Read More