People are upset and angry; they’re petitioning their representatives; they’re writing letters to the editor. Why? The choice for the 2009 high school play! A few weeks ago, the high school drama department announced that the 2009 play would be Rent: School Edition. My reaction went along the lines of “Cool, something different; a little edgy”. Boy, am I naïve! This week, our small town newspaper features a cover story about how upset people are and how they’re petitioning the school boards to prevent this play and a letter to the editor encouraging citizens to contact the high school and express their dismay. 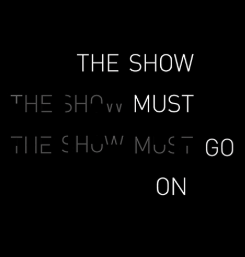 I am well aware that I am a tad more liberal than the average middle-class suburbanite, even in New Jersey, but I just didn’t realize the extent of the divide. People are signing a petition because they are upset about high school kids being exposed to themes such as homosexuality, drug abuse, HIV/AIDS, promiscuity, etc. I, on the other hand, see only good from exposing them to these themes. Maybe they’ll be more tolerant of the peer who “comes out of the closet”, or more cognizant of the risk of AIDS/HIV and the dangers of promiscuity and drug abuse. I want my teenagers exposed to these themes, not sheltered from them. Am I off base? What does the rest of the family think?

My high school did Sweeny Todd: The Demon Barber of Fleet Street. The total body in our rendition of the play was well over ten. Ten high school students pretended to get murdered then eaten on stage. I was the stage manager, and we sold out almost every show. It was a hit, people loved it!

In case you don’t know, Sweeny Todd was a barber who killed people, then his girlfriend made them into meat pies – it’s a true story, he killed hundreds then fed them to fellow Londoners, but is significantly less famous than Jack the Ripper, who only killed five.

If my high school did Rent, there would be a lot of angry parents. I find this incredibly disturbing. Homosexuality, sex, and drugs are all considered less school appropriate than murder and cannibalism? That’s messed up. Being open and honest about sex and all types of sexuality is a good thing, murder is not. I believe that teens (and tweens) should be well educated (really educated, not just told to “say no”) about sexuality, pregnancy, and drugs.

Of course, I take a stand that most don’t seem to agree with. We let our kids watch the nightly news filled with murders, rapes, and fires – but we won’t let our kids watch movies that have naked people in them? Gosh, we sure live in a seriously messed up society.

This part of the family is sick-to-death-tired of people sticking their collective heads in the sand. “Exposing their children to homosexuality, drug abuse, HIV/AIDS, and promiscuity”? What, as they’ve never heard of these things before?

I admit we live in a far more urban, and some would say more ’sophisticated’ environment. To me, there’s nothing sophisticated about it. It’s just the world, and what with mass media, free and easy travel, and the global economy it seems to be pretty much the same all over. And I’ve had too many friends die of AIDS, seen too many have unwanted pregnancies and unhappy marriages, suffered from too many friends who’ve had drug problems or died of overdoses to think that avoiding “exposure” to any of the above, pretending to be unaware of them, would do anything but make matters worse. Ignorance does not breed anything but grief.

And they’re not too young. We weren’t “too young” thirty years ago when I was in high school; we just pretended we were. The first suicide I was ‘exposed’ to was back in high school. So were the first instances of promiscuity. And drug abuse. And alcohol abuse. And one of my best friends in high school “came out” in college, and two others died within the decade from HIV. Mostly because, you know, we didn’t TALK about “gay cancer” back then. And in this case, not talking about it killed them.

I know these people think that RENT somehow ‘celebrates’ these lifestyles simply by showing that some people who are gay or sick or making bad decisions still have some element of dignity and potential for happiness in the face of tragedy; that they have some fragment of hope in their lives despite everything. But RENT doesn’t make any of these challenges look particularly attractive. I can’t imagine anybody leaving the show and thinking, “Oh, boy, I sure wish that was ME!” So what’s the problem? That it’s not Annie? Or Sound of Music? No, wait, we can’t go there: Rodgers and Hammerstein might expose them to themes involving fascism, anti-authoritarianism, and people of other, less desirable, religious faiths. 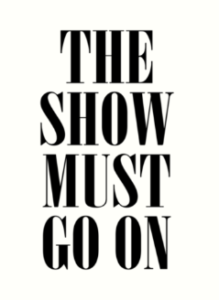 If you asked me, RENT shouldn’t just be allowed in your school. Attendance should be mandatory. And then they should take it on the road and bring it to OUR schools.

Sorry. That REALLY annoyed me. Probably because I’ve fought this same fight in middle schools and high school over and over and over. And like I said: I’m sick-to-death-tired of it.

In EVERY high school, there are teens who are having sex, there are kids doing drugs, there are homosexual kids, and so on. (Gasp!). So, show teens how dangerous HIV/AIDS are and how important safe sex is. Let teens truly understand that there’s a reason that most drugs are illegal. Drugs are dangerous! Being homosexual is hardest during the teen years. Help those students understand they’re not alone. Doing a play is a much better way to teach these topics to teens rather than sitting in a stuffy health classroom. Also, it makes something very dangerous, such as AIDs, which most teens say “can’t happen to me”, more realistic.

Some parents know kids do these things but think “not my child”. Some parents are completely oblivious and think teens are innocent children. So many parents are unaware in one way or another of what’s going on in their teen’s life. So I think it’s the perfect play to help both the students and parents to understand and make them more aware.

Written By
Diane
More from Diane
You might be wondering that why people need emergency plumbing service experts....
Read More